What a fantastic weekend the Easter weekend has been! The Sharks annihilated the Cats in the Super 14, we had our first braai of the season and I got to see a Red Hot Chili Peppers gig for free!!

A friend of mine who works at the BBC told me last week that the Chili Peppers were recording a show at Television Centre and asked if I wanted to come along. What a question! I jumped at the oppurtunity and was rewarded with a VIP seat with the best view in the house! I won’t name any names ‘cos I don’t want to get anybody in trouble, but thanks to all involved!

I’ve attached some pics of the gig below, and if you have a mp4 player, you can see a video here.

The braai was just what we needed today to recover from our hangovers! We even found some real boerewors from a South African shop. It started to drizzle a little towards 4.30pm, but hey, we are in London after all!! And the Mrs Balls (chutney), Cream Soda and Stoney Ginger beer just rounded it off nicely!

Still no sign of the baby either. Only another 7244 minutes to go before it’s due… 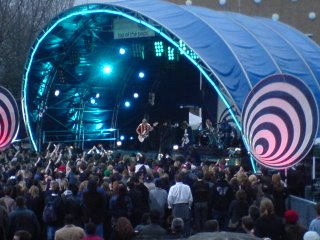 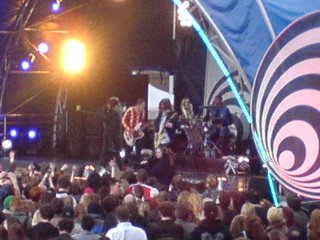 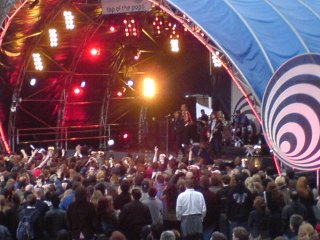 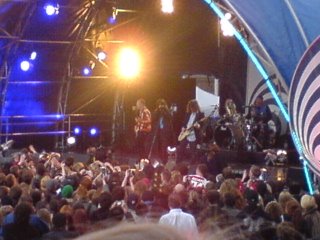 Well Dazzler, it's been 12 months since you left us and I still think about you almost every day mate. I wish that you could have seen what...